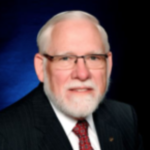 The date has yet to be set, however, Dan McCarthy of the Rotary Club of Beckley will become the District Governor of District 7545 on July 1, 2022. Installation will occur shortly before that date.

Dan McCarthy completed a 38-year career in the United States Navy on April 1st, 2007, and retired from military service as a Vice Admiral. His final active duty assignment was as Deputy Chief of Naval Operations, Fleet Readiness, and Logistics. In this assignment, he was responsible for Navy-wide policy, programming, and resourcing for Fleet readiness, logistics, strategic sealift, Navy installations, and environmental programs.

Following his retirement from military service, Dan established Silver Eagle Consulting, a firm dedicated to providing business and leadership consulting support to both public and private sector organizations. Dan’s consulting work supported clients such as Lockheed Martin, Boeing, IBM, and various components of the Department of Defense. In addition, Dan acted as a Visiting Executive Lecturer at the graduate business schools of the University of Virginia, University of North Carolina, and the Naval Postgraduate Schools during this period.

A lifelong Scouter leader, Dan became the Group Director of the Boy Scouts of America’s Summit Bechtel Family National Scout Reserve in April 2012 where he oversaw the construction and start-up of a 14,000-acre outdoor recreational facility for youth including overseeing the logistics coordination for the first National Scout Jamboree held on the site (an encampment of over 36,000 youth and adults). Dan retired from this position in March of 2017 and has returned to volunteer status with the Boy Scouts.

Dan is the Past President of the Rotary Club of Beckley. He is married to Carol A. McCarthy and together they have three sons, all three of who are Eagle Scouts.