Here are a few TRF milestones.

1917 – At the Rotary Convention in Atlanta, RI President Arch Klumph proposes the establishment of an endowment “for the purpose of doing good in the world.” The first donation was $26.50 from the Rotary Club of Kansas City, MO.

1928 — The Rotary Foundation is officially named and the first trustees are appointed.

1930 — The Foundation awards its first grant; $500 to the International Society for Crippled Children (later known as Easter Seals).

1947 — Rotary founder Paul Harris dies and more than $1 million is contributed to the foundation in his memory in the 18th months following his death.

1951 — Arch Klumph dies as the Foundation is approaching the $3 million mark.

1965 — For the first time, a single year’s contributions to the foundation exceed $1 million.

1979 — A harbinger of things to come, Rotary begins to immunize more than 6 million children in the Philippines against polio.

1980 — The Health, Hunger and Humanity program recommends 2005 as the target date for eradicating polio worldwide.

1988 — At the Rotary Convention in Philadelphia, Rotary announces that the PolioPlus campaign had raised almost $220 million, shattering its goal of $120 million.

1999 — The Rotary Peace Centers are founded.

2004 — The Trustees establish the Every Rotarian, Every Year initiative, designed to inspire all Rotarians to contribute to the annual fund every year.

2009– The Gates Foundation gives Rotary an additional $255 million for polio eradication work and increases the challenge to $200 million, matching every $1 Rotary raises with $3.55.

2012 — India goes full year without a new polio case and is removed from the list of countries in which polio is endemic.

2013 — Gates Foundation offers to match Rotary contributions for polio eradication 2-to-1 up to $35 million per year for five years.Rotary accepts the challenge under the banner of End Polio Now: Make History Tomorrow.

2015 — The number of polio-endemic countries drops to two: Afghanistan and Pakistan.

2017 — Rotarians returned to Atlanta to celebrate a century of success. The Foundation has done much more than these great things. 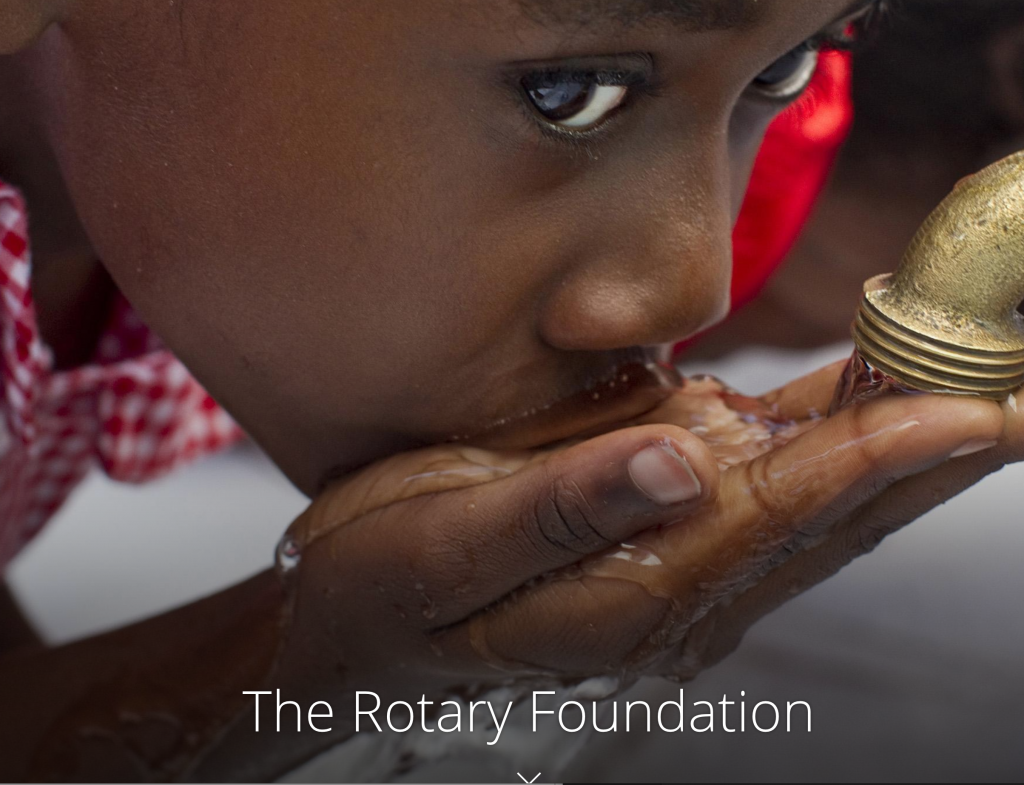